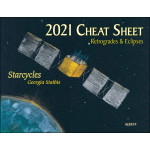 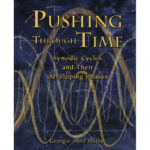 Pushing Through Time: Synodic Cycles and Their Developing Phases

Note: Georgia is taking a sabbatical from personal consultations. Please see this page for referrals.

Usually Full Moon weeks are a little chaotic, but that was last week and is bleeding over into this week. We have several volatile distances between planets begging for something to happen, to change, and for new information. It is a week of extreme responses — again — more lessons on thinking before we act or react. In addition, on Saturday August 15, Uranus, the planet of extremes, is starting its annual retrograde cycle at about 11 degrees of Taurus (for you astrologically minded). Since this is the week before the retrograde, feelings of frustration and not being understood are punctuated.

I like it when Uranus goes retrograde — we get a chance to stop, think, and listen. It gives us breathing room and starts us on a path of revisiting the parts of our lives it has awakened since it went direct on January 10 of this year. By the way, when Uranus went direct on January 10 that was the same day as a Lunar Eclipse at 20◦ of Cancer over which Venus will be passing on the last week in August. But we move out of the shadows. More light, less confusion.

Thursday’s discordant energies end up in a power struggle. You want to go forward, but something is holding you back — kind of like a clutch that needs to be repaired and is stripping the gears. Stay cool and back off right now. Revisit better options and choices on the weekend when the Sun in Leo and Mars in Aries work together.

Any cookies that may not be particularly necessary for the website to function and is used specifically to collect user personal data via analytics, ads, other embedded contents are termed as non-necessary cookies. It is mandatory to procure user consent prior to running these cookies on your website.